Skip to content
Home » Casino News » The Rivers Casino Pittsburgh Bad Beat Jackpot has set a new US record of $1.15 million and is still climbing 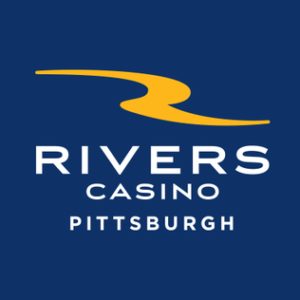 The bad beat jackpot at Rivers Casino Pittsburgh is constructed to pay 40% to the loser of the hand, 30% to the winner, and the remaining 30% to the other players at the table. Now that the jackpot has surpassed $1.1 million, the bad beat jackpot winner (the loser in the eligible hand) will receive more than $460,000.

The player who provides the bad beat can also receive $347K+, with all the other gamblers at the table splitting the same amount for five-figure paydays.

The Bad Beat Jackpot officially launched on March 1, 2021, with two tiers: a mini jackpot and the main jackpot. The loser of the hand must have a full house, aces full of kings, or better include both players in hand, both using their hold cards to win the mini jackpot. In addition, it allowed players to win more often every one to two months.

In the meantime, the main jackpot would be much more challenging to qualify for. It requires the loser of the hand and make quad aces or better, including both hole cards in play.

Rivers Casino Poker Room Manager Leslie Brittain stated that the main pot was intentionally designed to be much more challenging to hit and that the goal of the main pot was to pay out potentially “life-changing money,” which PA poker players can undoubtedly appreciate.

Rivers Path To A Million Dollars

Things did not go as planned right away, as a player only took six weeks to win the first main jackpot of $149,000.

Is the jackpot aiding business, or is business rising in general?

The jackpot may also assist business within the poker room, though there is still no confirmation. June is normally a slow month in the industry due to family vacations and the World Series of Poker (WSOP) in Las Vegas, but Rivers Poker Room has remained consistent.

However, traffic is up from previous years, and given the circumstances, traffic is buzzing more often than usual. However, because Pennsylvania’s entire casino industry is expanding, Brittain believes it is impossible to tell whether the increase is due to the jackpot or a sector trend.

Can Rivers Casino Pittsburgh set a new record with its Bad Beat Jackpot?

Rivers Pittsburgh broke the US bad beat jackpot record of $1,068,590 in June, which was set in 2018 at Motor City Casino in Detroit.

The jackpot could hit any time, but it could remain unclaimed. But it will happen eventually.

“I think that’s a unique thing, too, right?” “Rivers Casino Pittsburgh’s jackpot,” said Andre Barnabei, Senior VP of Gaming. “Many people wonder, ‘Oh, is it attainable?'” ‘Has not only the mini hit countless times, but so has the main bad beat.”

When asked if Barnabei or Brittain have any assumptions on when players will win the jackpot or how much it will be worth at that time, both expressed the same sentiment: if there is a winner, they hope it is for a record-breaking sum.

That appears to be a done deal.